Pros and Cons of US and French Health Care Systems

Here's a homework assignment I had to do for Comparative Economic Systems. The reading assignment was Paul Dutton's Health Care in France and the United States: Learning from Each Other.

Pros and Cons of US and French Health Care Systems

The US health care system is criticized for lack of universal health insurance coverage in comparison to the French system. Because French insurance is essentially compulsory, health care costs are more broadly distributed amongst the entire population. Although laws in the US that mandate certain types of medical care be provided to uninsured (and otherwise non-paying) patients raise medical costs for the insured, these higher medical costs are borne by those others seeking medical care rather than society at large. Except for the case of highly communicable diseases, the treatment of which provides a large social benefit, this is arguably a more just outcome.

In both the US and France, patients have a number of choices in seeking medical care. In France, patients can generally get treatment from a specialist directly, whereas in the US, the growth of HMO's means that many patients must get the approval of a "primary care physician" before seeking specialized treatment. This latter system can be frustrating to patients, but may also conserve the resources of more costly medical care when the primary care physician deems it unnecessary. Patients in the US have the option of purchasing PPO insurance, which has either a higher premium or deductible, but which provides the patient with the option of seeking specialists' treatment directly. Even under an HMO, the threat of lawsuit means that all but the most trivial concerns would likely be approved for specialist review.

Differences in malpractice awards, and thus insurance premiums, contribute to widely divergent costs for medical care in the two countries. Although per capita medical spending in the US is twice that of France's, only a portion of the difference goes towards malpractice insurance and repaying debt incurred in medical school, the bill for which is footed by the government in France. Doctors enjoy much higher salaries in the US. Medical care providers have much more leeway to negotiate fee schedules with US insurance companies than their French counterparts whose negotiations occur between physician associations and the quasi-public insurance funds.

Doctors in the US may also profit from increased productivity through the use of technology when compared to French physicians. On the other hand, standardization of billing processes in France does reduce billing costs. Health care providers in either country which can both standardize and automate administrative tasks should profit by doing so.

Both the US and French health care systems suffer high costs associated from the use of "insurance" for routine medical care in which the primary beneficiary does not bear the full cost of services. Regulation also prevents insurance providers from properly pooling policies by risk group, raising insurance premiums overall. Health care systems in general would benefit from decreased regulation and a move towards a system in which insurance returns to a role of providing for contingent, devastating medical emergencies among groups for which the likelihood of such events is approximately equal. 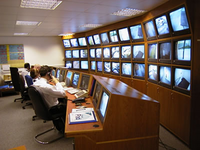 Mat Balez predicts the demise of Twitter. Twitter is kind of a micro-blogging tool. You can post messages to Twitter over the web, IM, and SMS. These messages are then sent to people in your social network, again through IM, SMS, or the web (html or rss). The messages are limited to 140 characters, and are meant to keep your friends up to date about the minutiae in your life.

Twitter has become quite popular, but Mat thinks it will fail pretty quickly because it offers no real value beyond the novelty and is too much work. I think the real reason Twitter is likely to fail is that it suffers from network effects that bend back on themselves. Like other networking sites like MySpace and LinkedIn, the service becomes more useful as more people use it. But with Twitter, beyond a certain level, it becomes too intrusive and therefore less useful. If you have a hundred friends posting every time they refill their coffee cup, you will be inundated with twitter spam (twam?). The novelty will turn annoyance.

Looking at my web stats, I saw a few visitors from Google who were looking for information on how to get old messages onto a Blackberry. Since I didn't actually have that information, I'll add it here.

Suppose you have some old messages in your IMAP inbox which have been purged from your Blackberry because they are too old, and you would like to get them back so you can reply while on the subway. Just copy them from your inbox back to your inbox. You can do this in a single action with mutt--using save will copy the messages and delete the originals. But Thunderbird doesn't seem to allow you to create a copy of messages within a folder so you will have to move (copy and delete original) the messages to another folder, and then copy them back to your inbox.

The copies will then look like new messages to the Blackberry service, and your Blackberry will download them. If, within your non-mobile MUA, your sort your inbox by date or date-then-thread (mutt's threaded mode), your inbox should appear the same as before making the copies, but if you sort your messages in the order they exist in the IMAP store (including Thunderbird's threaded mode), the copies will appear at the end (or beginning, depending on your sorting direction) of your inbox.

I thought it'd be a nice gesture to make up some signs for Casey. Actually, I just get a kick out of these. I'm probably the only one.

See the Housing Bubble Blog for some real news.

When playing with Yahoo Pipes the other day, I mentioned that it would be nice if it had a screen-scraping module to build feeds for pages that don't one. It turns out there are a handful of services that already do that. I used Feedity to create of feed of the Prudent Bear news since my script stopped working at some point.

This morning I decided to update my Amazon aStore since they now allow you to add more than just the nine items on the homepage. I wanted to add a bunch of stuff from my wishlist. So I decided to try to get a list of ASINs for the items in my wishlist using Yahoo Pipes. Amazon provides RSS feeds of wishlists, but they only contain the last 10 items, so I used Ponyfish to create a screen-scraped feed. (I triggered an application error trying to do so with Feedity.)

Then I used Yahoo Pipes rename module to change the title of each item to the link, and the regex module to change the title to ASIN by extracting it from the URL. This gives me a feed of ASIN's. Admittedly, this is quite a convoluted solution to the actual problem I was trying to solve; curl and sed would have worked fine in this instance. It gave me a chance to play around with Yahoo Pipes, though.