I spent way too much time figuring out how to use ImageMagick for that last post to let it go to waste. 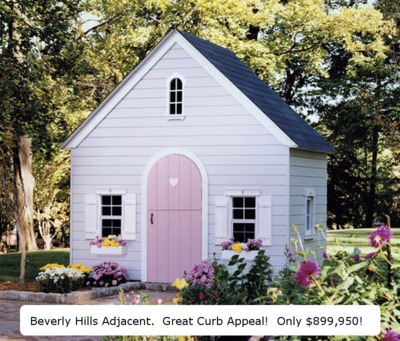 You can now install the php4-mnogosearch package located in /usr/src. If you're using SQLite or PostgreSQL, you should be able to install the correct mnogosearch-* package instead of mnogosearch-mysql, but I haven't tested doing so.

For the lazy, you can just add this to your /etc/apt/sources.list:
deb http://packages.pinkhamster.net/ sarge main
Then run apt-get install php4-mnogosearch.

I received an advertisement in the mail from Superior Nissan of Mission Hills, located in Mission Hills, California. The return address on the envelope identified the sender as GM Notification Sender for some reason.

As part of their used car sales promotion, they claimed to be giving away some prizes. In the envelope was a card with two scratch-off numbers. If the numbers match, you're a winner of one of five prizes. The prizes are A) an XBox or PlayStation 2, B) a $500 gas card, C) a $1,000 shopping spree, D) a 60" Wide Screen Color TV, and E) $15,000. They might as well have made a trip to Mars one of the prizes too.

I scratched off my matching numbers, but of course, it doesn't say which of the fabulous prizes I've won. Instead, it tells me to call an 800 number to set up an appointment to pick up my prize at the dealership. If you're clever, you may have already figured out the scam. Here's what the small print says:

Everyone gets the "$1,000 shopping spree" on goshoppingmall.com which charges an outrageous amount of money in shipping and handling fees, generally between 40% and 60% of the price of the item. How slimy.

According to the Chicago Sun-Times (via Max Clark), Congress is planning to add two months to Daylight Saving Time.

"The more daylight we have, the less electricity we use,'' said U.S. Rep. Ed Markey (D-Mass.), who co-sponsored the measure with U.S. Rep. Fred Upton (R-Mich.).

Shifting daylight from the morning to the evening doesn't create more of it. See Wikipedia for more details on DST.

Apparently, Friends episodes are based on true stories. Do you remember The One Where Phoebe Destroys Her Smoke Detector? My smoke detector must have seen it, and decided to recreate the episode last night. In the middle of the night, it started beeping, loud enough to wake me up, and just frequently enough to almost let me fall back to sleep before beeping again. I got up without putting on my glasses, followed the blurry glowing green light in the dark, and felt around for the button on it. Now, I know the button is to test the device, but for some reason I thought it might also serve as a "shut up, it's 3 in the morning" button. Remarkably, after pushing the button, and pissing off my wife (born without the ability the hear the ultrasonic beeps) with the squeal asserting to the world that smoke detector was still doing its job admirably, the beeping stopped.

Alas, sometime not much later I guess, the beeping resumed. I got back up, twisted the alarm off the wall, and tried to disconnect it from the mains. After struggling for a bit, I put on my glasses and turned on the light, vexing my wife considerably more, and successfully disconnected the alarm. I placed it on my desk, and went back to bed. Of course, that didn't stop the beeping; it has a battery backup so that it can keep beeping in the case of a power outage.

So, I took the alarm to the kitchen, closed the bedroom door, and retired to my bed once again. The little alarm persevered: the beeping was still loud enough for me to hear it. I got up, returned to the kitchen, and disconnected the 9-volt battery. The beeping continued. We have a small apartment. There wasn't anywhere to put the alarm farther away from my bedroom. I considered putting on some clothes and taking it out to my car. I also thought about putting it in the refrigerator. Or, I could leave it out in the hallway of my apartment building. I might still be able to hear it there, but at least I'd be able to share my hell with the guy across the hall whose alarm clock goes off for hours and hours every afternoon.

Feeling pretty clever for 3am, I decided to wrap it in a little blanket and sandwich it between two throw pillows. Finally, I was able to get some sleep. My wife still wanted an apology in the morning.

The secret to a happy marriage is two comforters. Why is it imposible to find twin-size duvet covers by any of the "luxury" bedding makers?

(No, I don't really care, but Denisa is no longer happy with our IKEA bedding.)